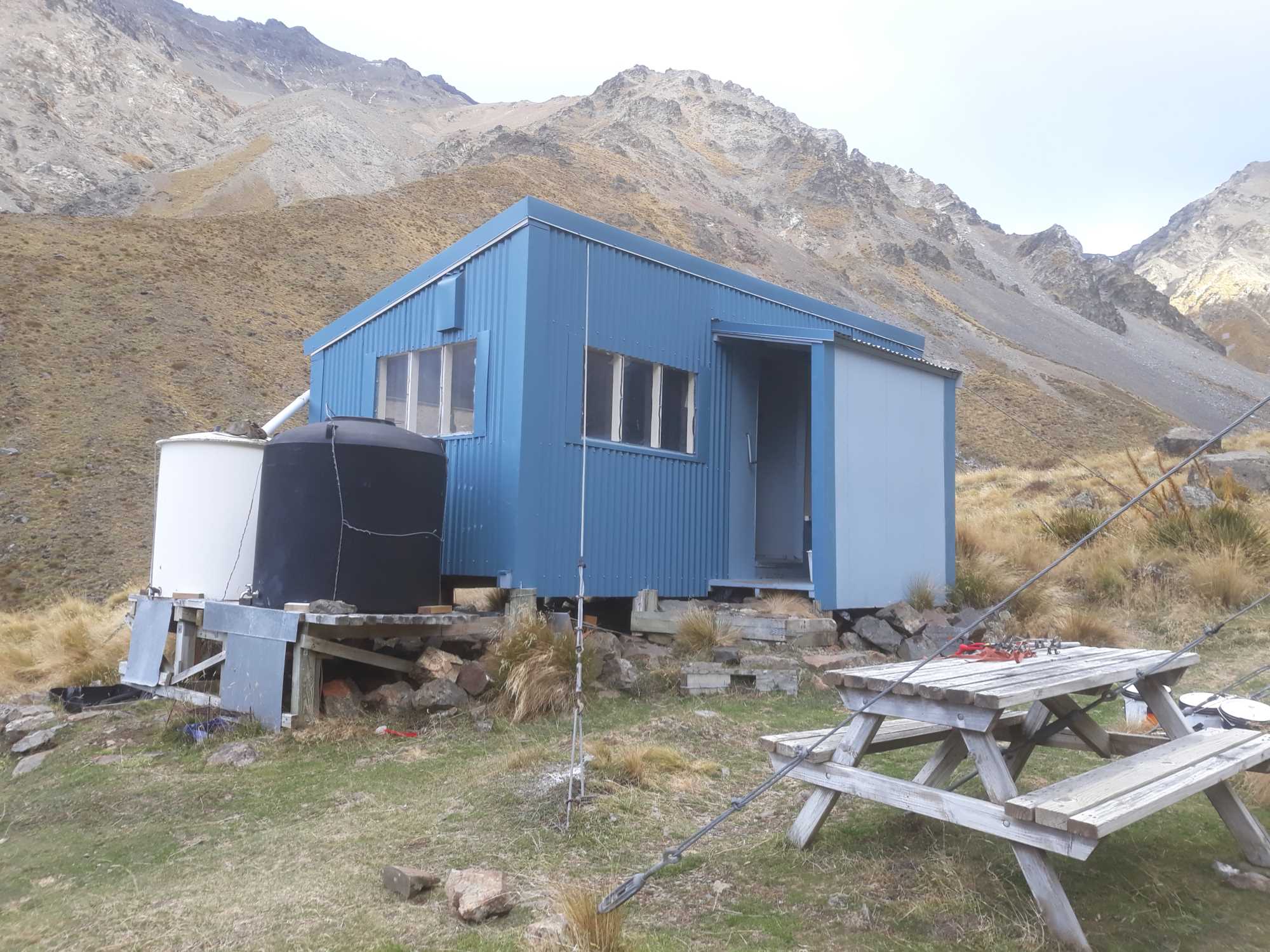 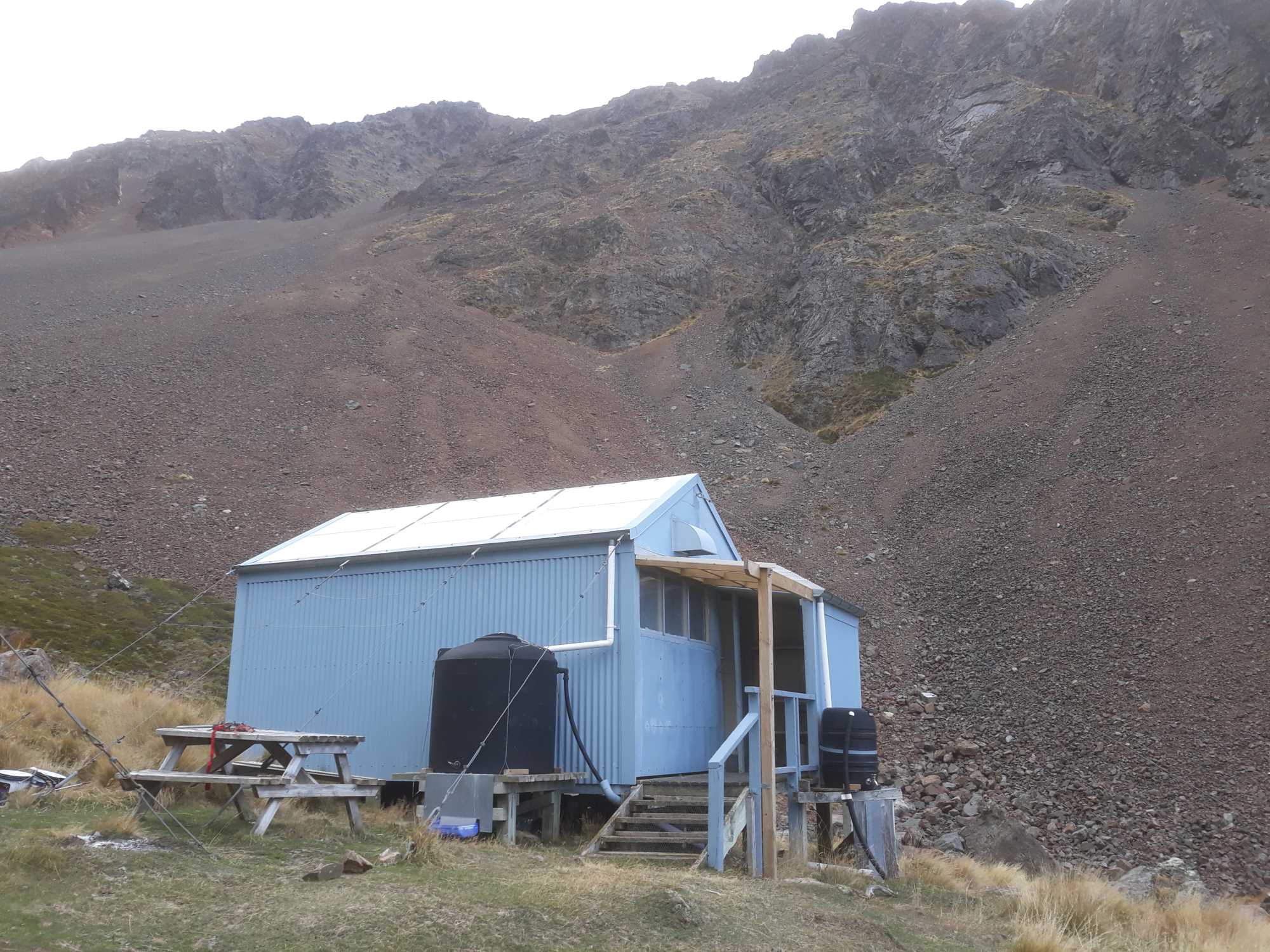 On the left is the Tararua Hut, built in 1970 by the Tararua Tramping Club for the Kendacott NZ Gold Mines Ltd. who had taken out a Prospecting Licence in the Hodder Region.  TTC provided labour and materials and Kendacott provided helicopter transport.

After prosepecting ceased  TTC found the hut practically and econmically difficult to manage from the North Island and approached the Marlborough Tramping Club to take over ownership and responsibilty.   The hut was transferred to MTC on August 14th 1985.

The original car case cladding has been replaced with colour steel

The Murray Adrian Hut is on the right.  Due to the increasing popularity of the area MTC felt that the 6 bunk Tararua hut was too small and  a small committee, chaired by Murray Adrian plus Susan King and  Geoff Folster set about fundrasing for a second hut.

The club was also  involved in 1951 with the John Tait up in the Travers Valley being a joint venture with the Nelson tramping Club (since renewed), followed by the Gosling Hut in 1956. The club also assisted in rebuilding the Shin Hut, since burned down.